Partially because it is coded language used in the movement to block equality rights for gay men and women by right-wing fundamentalists. Lifestyles are a choice so every time you hear someone talk about the ‘gay lifestyle’ part of the meme is that same-sex attraction is not natural but a chosen set of behaviors and so should not be a framework for equality (i.e. Those dirty-dirty girls just need some churchin‘). Oh and coincidentally if you are for Prop 8 in California please immediately unsubscribe from this newsletter or feed.

I still maintain that people who are that obsessed with someone else’s genitals have some other issues to work through with their own.

Now that that’s out of the way I want to talk to lifestyles as a marketing concept: 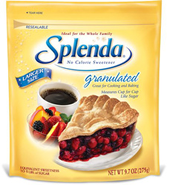 In the mass mediascape these days, everyone has an active lifestyle and we are conversely chided if we have a sedentary lifestyle. Your Splenda now has fiber for your busy lifestyle (suddenly we’re programming women to be obsessed with their regularity and I’m not even including the ‘yogurt as fake meal’ craze).

I thought that when something had few calories, added some taste and fiber it was called a fucking vegetable.

Your oil-sucking SUV can mow down caribou in the mountains and though you only use it to drive to the Wal-Mart every Wednesday, you could go offroad – you never know – it is part of your busy lifestyle. The life coaching trend has morphed a bit into lifestyle coaching and Tim Ferris took it a bit further renaming it lifestyle design.

The way you live your life makes you part of a marketable group.

The Gawker blog network has been lauded for this with its focus on young men who are early adopters. Their blog network includes gadgets, cars, gaming, sci-fi and babes. This is hand in hand with current approaches in advertising where you are marketing less about a product and more about the identity/lifestyle that is conveyed in the product. I think lifestyles go beyond demographics because it isn’t just about location or generation but a worldview. ‘I’m lovin’ it!’ since I’m so busy making hip-hop records shoving beef patties in my maw with my buddies and everyone is still amazingly thin. Wigga please. 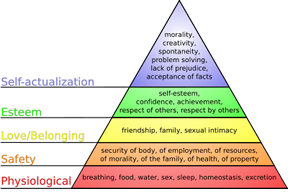 When you’re fed, safe, loved and sheltered you focus on self-actualization – creating meaning – and luxury.

Lifestyles are also an ideal future. It is not just how you see the present and your place in it but also what dreams may come. The car commercial that lets the drum kick while it says ‘Start a company. Sell it. Start another one.’ We all get to be moguls. Lifestyles are fantasies stretching from preparing for the End of Days to a letter to the editor that begins “I never thought this would happen to me, but…”

A women’s or men’s health magazine is a perfect example of a lifestyle encased in print. Men’s Health magazine has information about workouts and nutrition but also information that is tangential: cars, sex and personal finance.

What is your lifestyle?

A quick way to divine your own lifestyle is to look at the consumer products and services that surround you. I subscribe to the following magazines: The Advocate, Fitness Rx and Wired. I obsessively read Reddit, Salon, Metafilter, Techmeme, HuffPo and Memeorandum. I drink BSN creatine and protein shakes and go to a Crunch gym. I have an iPhone that has podcasts from Democracy Now, The Economist, NPR and Rachel Maddow. Elements of my lifestyle are early-adopter, gomo-techie-obsessed, liberal/progressive values with a commitment to physical fitness/vanity.

A niche looks at common passions and problems. A lifestyle articulates a common worldview.

I sometimes wonder if our socialization in such a heavily-branded environment transforms us into thinking of ourselves as operating lifestyles. We live and dream in brands. We assign ourselves these mythic identities concocted by corporate conglomerates to convince to buy what they have.

I’ve always admired Hugh Hefner as the penultimate example of creating a lifestyle brand – of being a ‘lifestyle entrepreneur.’ He was an awkward kid from Nebraska. He took his favorite things in the world: women, booze, sex and a certain continental style and combined them into a magazine. Of course, the Playboy brand has suffered and Hef has become a parody of himself not aging gracefully at all as his daughter fights to keep the corporate entity above water. Bodog, the gambling site, does the same thing. At the base of their brand is online gambing – oh excuse me – we call it gaming now to reduce connections with the mob. But their site promises you can have you arms around a hottie while you chug booze and cheer during a mixed martial arts contest. Or look at the ‘hip-hop lifestyle’ that has gradually taken the movement out of the music and made it one more off-the-shelf identity.

Another example is Martha Stewart. Martha took a focus on the details and created an entire world around it. A world of New England luxuries and chow-chow dogs shaking off the snow as everybody comes inside for wassail. The house is a spartan museum where every room is a testament to palette, texture and taste. Martha is obviously a strong personality with a strong point of view (if she was a man this never would have been a problem and she wouldn’t have had to pay for Enron’s sins as well as her own). Martha is deliverance through cake. Creating meaning through experience and attention to detail. It isn’t just embroidering those cloth napkins (or paying your assistant to do it) but being able to talk about doing it, how you did it and how you’ll do it again next Christmas.

Oprah does the same thing. Her brand is built on too much information. Where some personalities concoct impenetrable shields around their hearts, Oprah spills it every single day. When she launched her school in Africa, we saw her own pain at not feeling fulfilled as a young girl – at times I think that pain overshadowed the plight of the girls she was helping – and sometimes there was a sense of ‘I shouldn’t be watching this.’ Another perfect example is Annie Lenox during the American Idol ‘Idol Gives Back’ special.

Looking at all the above examples, I notice that they are all personality-based brands. There is an ego/character anchoring the enterprise. Will Apple survive without Steve Jobs? I once heard a description of Apple as a company built to monetize his design aesthetic.

All of these lifestyle entrepreneurs and brands are also available in multiple media formats and price points. Clothing, books, CDs, music, locations, vacations, resorts, paint swatches… all these effluvia orbiting the central personality and the core brand.

These are all thoughts and ideas orbiting the concept of lifestyle. I just wanted to get them out in print so they can ricochet through everyone else’s neurons.

6 thoughts on “Everything is a Lifestyle”